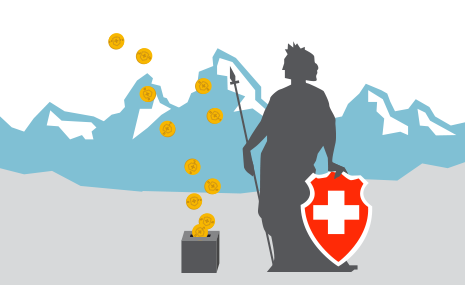 Any decisions concerning important aspects of life of Swiss are accepted by voting. The tax reform proposed by the Government was not an exception. The reform was expected to make significant changes in the payment and calculation of corporate tax.

In particular, official Bern planned to equalize corporate taxes rates for all Swiss companies, putting all in the same conditions and cancelling special privileges for national business.

It should be recalled that there were established higher rates of corporate tax for international companies that contravenes the European Union requirements.

Such government initiatives got categorical opposition - during the vote Swiss voters did not support the decision on the making amendments to the taxation system of corporations.

Political forces of “left” direction strongly came out against the government’s intentions, describing political reforms as leading to further budget deficits in most cantons.

Pascal Saint-Amans, the Chairman of the tax direction of the Organization for Economic Cooperation and Development (OECD) says that the Swiss businessmen expect that all innovations in the field of taxation are to be thoughtful, logical and above all will take into account the interests of national business.